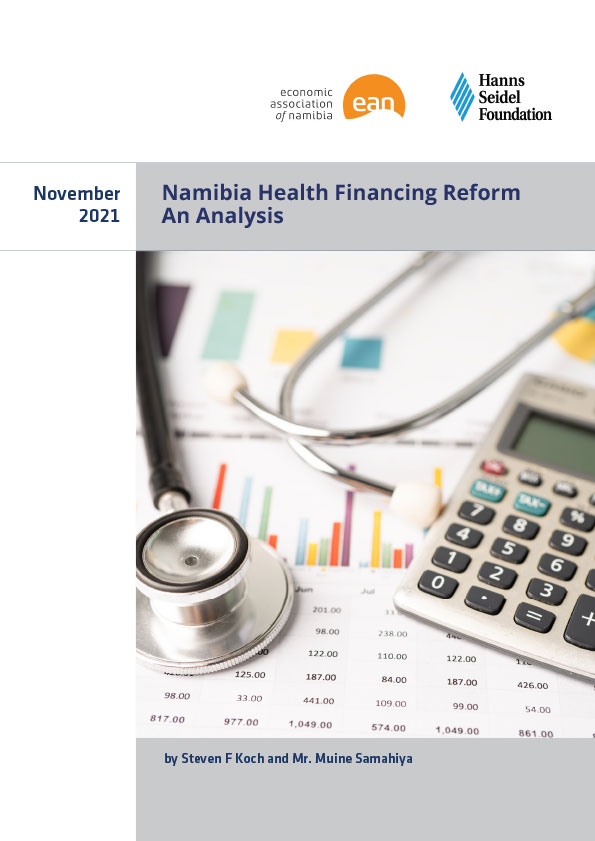 Namibia is an upper-middle income country (UMIC) that has recently seen reduced growth rates, including an 8.5% contraction in 2020, due to Covid-19. The current constitution mandates government to provide reasonable access to public health facilities and improve public health. As a World Health Organization (WHO) member state, it is com- mitted to achieving universal health coverage (UHC), although it has not, yet, reached that goal. The health system represents a policy challenge in Namibia, because the population is sparse in many areas, while most health care is concentrated in urban areas. Thus, many Namibians, including the non-poor, find health care difficult to access due to both cost and transport reasons.

Health outcomes in Namibia are not particularly great, when compared to other UMICs. Its under-5 mortality rate (45.2 per 1000) is 3.1 times the UMIC average (14.4), while maternal mortality rate (265 per 100 000 live births) is 6.5 times higher than UMIC average. Those health outcomes should be seen within a country that has a budget execution rate of nearly 100% every year, while nearly 15% of its budget is devoted to health care. Government covers around 60% of total health care expenditure, which itself is near 8% of GDP. Government’s expenditure in- cludes a relatively large share that works through PSEMAS. The private sector and donors fund the remaining, with 16% borne by private companies, and 15% by households, of which approximately half is out-of-pocket spending. Currently, 7% comes from donors, although that share is falling. The relatively heavy spending on health, including by government, along with relatively poor health outcomes suggests a health system that supplies health care inef- ficiently, although there is no recent evidence to understand possible sources of the inefficiencies.

Many of these issues are understood, as government, with the support of the WHO, works towards UHC. The de- velopment of UHC within Namibia will require a rethink of the current system, including research into problems within the system, extensive stakeholder engagement, and a streak of practicality. UHC implies large improvements in health care access in Namibia, which implies that the definition of UHC in Namibia should be widely agreed to. Given the recent performance of the economy and the withdrawal of donors, funding sustainability will need to be an important focus. Whether one should work towards the development of a comprehensive national insurance fund, possibly through an expansion of PSEMAS to the rest of the country, or to a combined system that changes the regulatory structure around medical aid schemes (including PSEMAS), but still allows them to operate beside a wider national insurer should continue to be discussed. Regardless of the approach to be developed, health care delivery efficiency, including cost efficiency will need to receive attention.